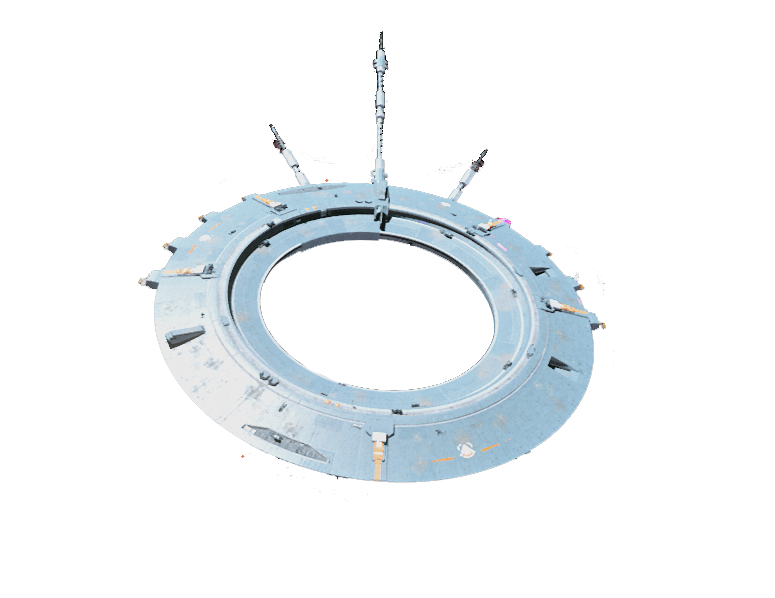 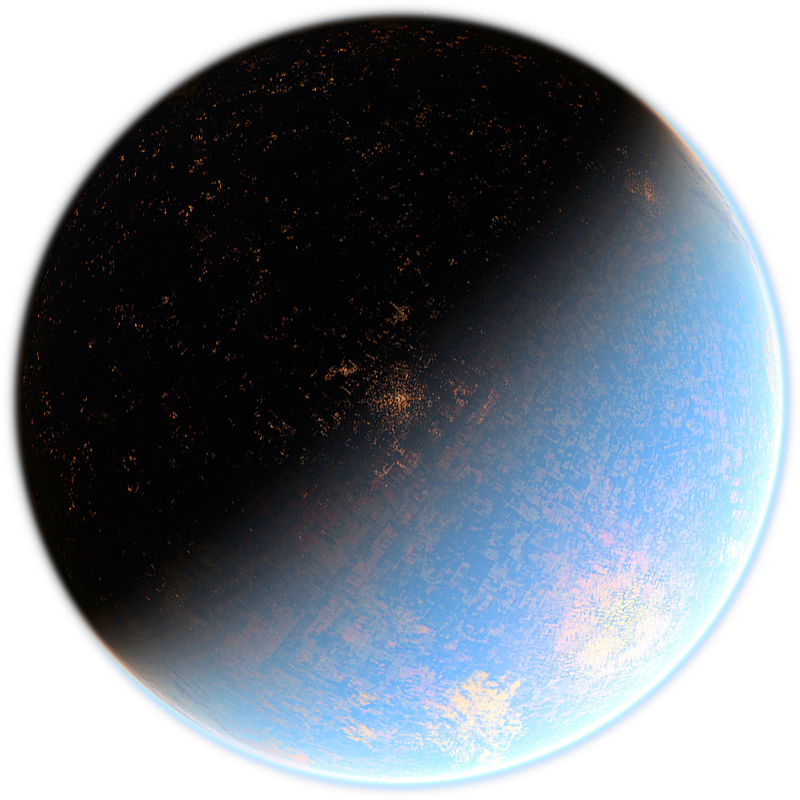 ArcCorp, Stanton III, is the most visually impressive of the Stanton System's worlds today. While the other planets, even polluted Hurston Dynamics, retain some indication of their natural origins, ArcCorp is now approaching being an entirely constructed world. Almost all of the terrain has been sculpted, zoned and built upon, leaving very little left for nature. The ArcCorp Corporation builds fusion engines in bulk for hundreds of thousands of civilian spacecraft every year. Traders porting at ArcCorp are advised that in addition to deals on these engines, they can find just about anything else here. ArcCorp are absolutely indiscriminate about who they lease property to, and hundreds of other smaller companies have made their home near the world’s north polar region. Anthropologists familiar with the Xi’An have posited that ArcCorp is the closest human equivalent to a Xi’An factory world, and many predict that our civilization will someday evolve along the same lines.

ArcCorp, aka Stanton III, is the single most industrialized world in Human space. A massive, terraformed super-earth, the world consists of layer after layer of factory; so many that today building additional structures is actually impossible. New facilities are built on top of existing ones. The ArcCorp’s official headquarters is naturally located here, in the massive ArcCorp tower that rises above all other parts of the factory world.

The bulk of ArcCorp’s facilities on ArcCorp (the confusion is frequently commented upon by the population, most of whom claim outsiders simply do not understand) are located in Commercial District Circle C. In addition to the tower (and the never-ending line of fusion engine plants, which ring the planet’s latitudes), ArcCorp owns countless corporate towns. There is a cottage industry for tourists, who are invited to take pre-set factory tours. In fact, the actual fusion plants are so dangerous that a sanitized artificial factory complete with holograms and animatronics has been constructed for display to interested Citizens. While it was built for outsiders to make the trek to ArcCorp for the factory tour, it has also become a centerpiece of the local culture.

ArcCorp-the-world was first “discovered” by the United Empire of Earth in 2903, along with the rest of the Stanton System; what this actually means is that the government took advantage of eminent domain to claim possession of the planet from the existing inhabitants in that year, and in 2920 it was sold to the company. Unlike other corporate planets, ArcCorp decided to partition off the planet into smaller lots rather than reserve it for future development. Other companies (always non-competitors, but otherwise not pre-selected in any way) sprung up rapidly around the globe at a speed never before seen until the orb reached its current state

Area18 is one of the main commercial ports for interplanetary traffic for the surrounding region of ArcCorp. Travelers can find a variety of good from trusted names as well as local providers, if they're not overwhelmed by the sights and sounds of this landing zone. Security is taken very seriously on the surface.
ArcCorp has enlisted (notorious) private security firm : BlacJac Security to maintain the peace. The Observists advises in case of any serious problems, to head to the local UEE Advocacy office instead. The Area is divided in 3 Zones around the main Plaza.
A shuttle transfer service make the liaison between the Spaceport and the Heart of Area18.

where the Drack Steller fashion exhibition was held in NW02 tower.

Clor Vee used to operate Cubby Blast in a small stall nestled in a back alley of the fourth tier - until the Avasi Scandal of 2931 allowed him the opportunity to secure a storefront in Area18 with a favorable long-term lease.

We use cookies to give you the best experience on our website. You can find out more about which cookies we use or turn off in settings.

This site uses cookies so we can give you the best possible user experience. Cookie information is stored in your browser and performs functions such as recognizing you when you return to our site and helps our team understand which parts of the site you find most interesting and useful.

You can adjust all your cookie settings by navigating the tabs on the left side.

Strictly necessary cookie must always be enabled so that we can save your preferences for cookie settings.

If you disable this cookie, we cannot save your preferences. This means that each time you visit this site, you must enable or disable cookies again.

Introduction When you visit our website, information about you is used, which is used to customize and improve our content and to increase the value of the ads displayed on the page. If you do not want information collected, you should delete your cookies (see instructions) and refrain from using the website further. Below we have elaborated on what information is collected, their purpose and which third parties have access to them. CookiesWebsite uses "cookies", which is a text file stored on your computer, mobile or other. Similarly for the purpose of recognizing it, remembering settings, performing statistics and targeting ads. Cookies cannot contain malicious code such as virus.It is possible to delete or block cookies. See instructions: http://minecookies.org/cookiehandlingIf you delete or block cookies, the website may not work optimally and content you cannot access.GenerallyPersonal information is any kind of information that may be attributed to some extent for you. When you use our website we collect and process a number of such information. This happens, for example. by alm. access of content if you sign up for our newsletter, participate in competitions or surveys, register you as a user or subscriber, other use of services or make purchases via the website.We typically collect and process the following types of information: A unique ID and technical information about your computer, tablet or mobile phone, your IP number, geographical location, and which pages you click on (interests). To the extent you explicitly consent to this and enter the information yourself, you will also be treated with: Name, telephone number, e-mail, and address. It will typically be in connection with the creation of login or purchase. Security We have taken technical and organizational measures to prevent your information being accidentally or illegally deleted, disclosed, lost, impaired or misunderstood, misused or otherwise treated in conflict with the legislation. The purpose of the information is to identify you as a user, to register your purchases and payments, and to provide the services you have requested, such as to submit a newsletter. In addition, we use the information to optimize our services and content. Storage periodThe information is kept for the time allowed by law and we delete it when it is no longer required. The period depends on the nature of the information and the background for storage. It is therefore not possible to specify a general time frame for when information is deleted. Submission of informationData about your use of the website, which ads you receive and possibly. clicks on, geographical location, gender and age segment etc. is disclosed to third parties to the extent that this information is known. You can see which third parties are in the "Cookies" section above. The information is used for targeting advertising. In addition, we use a number of third parties for the storage and processing of data. These only process information on our behalf and may not use them for their own purposes. Submission of personal data such as name and e-mail etc. will only happen if you consent to it. We only use data processors in the EU or in countries that can provide your information with sufficient protection.